A story you heard when you were little

A story you heard when you were little

Talking about a story I was told in my childhood, I think the most impressive one is “The Little Mermaid” from Hans Christian Henderson.

My grandmother always told me fairy tales when I was little. The story of “The Little Mermaid” is a moving story about the little mermaid  who gave up her life to save her love.

At the age of fifteen, the little mermaid for the first time swims to the surface of the sea, where she saves a prince from drowning and falls in love with him at first sight. Her grandmother tells her that humans have a much shorter lifespan, but that when mermaids die they turn to sea foam and cease to exist, while humans have an eternal soul that lives on in heaven. The little mermaid, longing for the prince and an eternal soul, eventually visits the “Sea Witch”, who sells her a potion that gives her legs, in exchange for her voice.  The Sea Witch warns, however, if the prince marries someone else, the little mermaid will have to die brokenhearted and disintegrate（分解）into sea foam, unless she kills the prince.

Unfortunately, the prince decides to get married and the bride is not the mermaid. Facing the hard choice, the little mermaid finally chooses to become foams on the sea rather than kill the prince she loved deeply. The next morning people find out that there are lots of gorgeous foams on the sea reflecting the most glamorous shines ever. No one knows that it is the youngest daughter of sea: the mermaid princess. On the day prince marries someone else, mermaid finally gives him the best wishes with her life.

This fairy tale is so moving that I learn that love is much deeper than any of the oceans. Love makes the world go round! 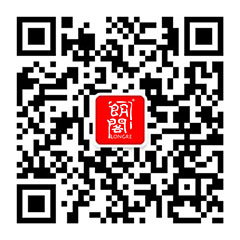