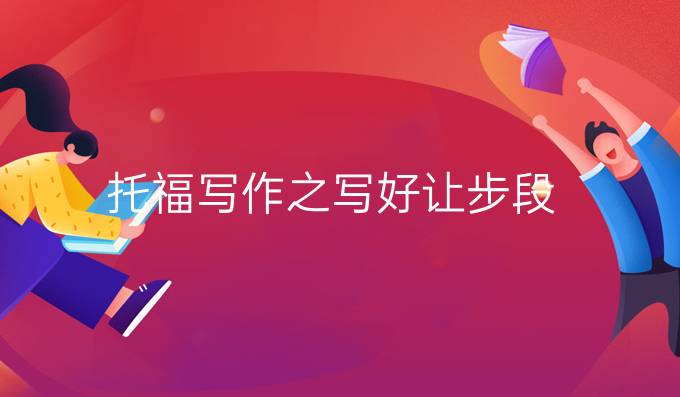 ——To some extent / to some degree

However, the advantages of A are more important than those of B.

However, the advantages of A are far more than those / that of B.

However, the advantages of A outnumber those / that of B.

However, the problem can be solved by …

However, the negative influence can be eliminated by …

Q：Do you agree or disagree with the following statement? Playing computer games is a waste of time. Children should not be allowed to play them.

Some children are addicted to playing computergames and ignore their studies, thereby suffering from poor academic performance. Also, over exposure to computer games with high concentration will sooner or later cause the impairment of their eyesight.

However, most children are able to control themselves to play games in moderation. Also, their parents can intervene and supervise as well. Specifically, they could set strict rules on how much time their children could play games everyday and on what conditions they could do so, therefore it is completely unnecessary to forbid them to play computer games.