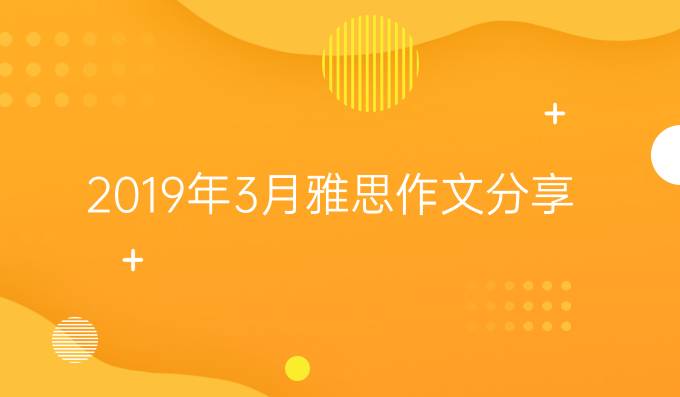 “As part of education, students should spend a period of time studying and living in a different country to learn its language and culture. To what extent do you agree or disagree? Give reasons for your answer and include any relevant examples from your own knowledge or experience. ”

范文： The idea that one should spend time studying and living in a foreign country in order to learn its language and culture could be both a truth and a myth.

Living in the foreign country, one has more opportunities to talk with native speakers so that their listening and speaking skills can be improved quickly. What a student learns from books often does not include some useful everyday words and unique lifestyle that could only be learned by personally interacting with local people. Furthermore, one is motivated, or even forced to learn what is necessary to survive—the ability to understand the language and culture of the foreign country. That is why a lot of students seem to think that studying and living in a different country means that they automatically learn the country’s language and culture.

While going to another country may be a good strategy to master a foreign language (particularly regarding listening and speaking) and culture, it is not necessarily so. Without sufficient motivation, one may benefit little from his/her experience in a foreign country, a fact that has been proved by numerous failed overseas students. Contrarily, if one has the motivation, one might just as well learn a foreign language and culture in one’s own home country from TV, video and the Internet. It is actually an option safer and cheaper.

In conclusion, spending a period of time in a foreign country may help one learn its language and culture, but the key to foreign language success is one’s motivation, no matter one is in his/her own country or otherwise.